In biological science, there have developed various different types of categorising the human body. There are people with thin and narrow arm. There are also people with muscular body, strong forearms and thighs. These are absolutely normal. What is abnormal to us is the body of a Georgian man, Etibar Elchiyev. Elchiyev doesn’t have the Incredible Hulk arm or the Terminator’s leg. However, he has a magnetic body and.

A Georgian kick-boxing trainer sticks 53 spoons to his body to set a world record. He would even be able to walk around without any of these spoons falling off. 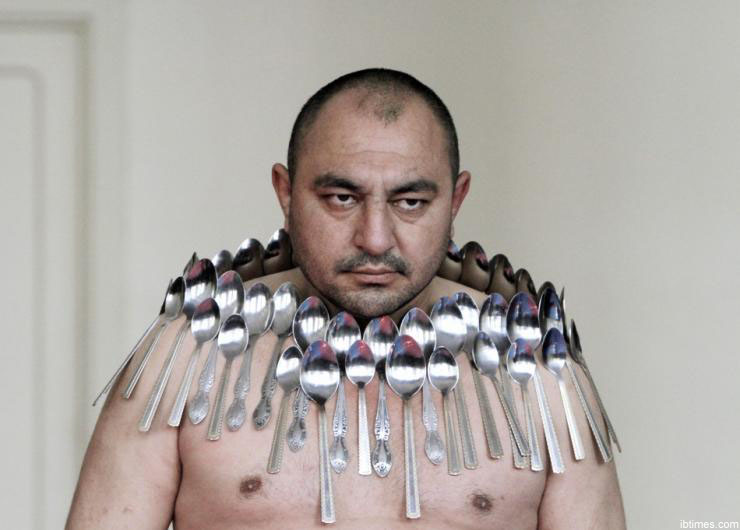 Etibar Elchiyev managed to stick 53 spoons on his chest, shoulders, neck and back.

Etibar Elchiyev, who lives in Tbilisi in Georgia, dubbed the “Magnet Man” and “Spoon Man” due to his extraordinary talent. 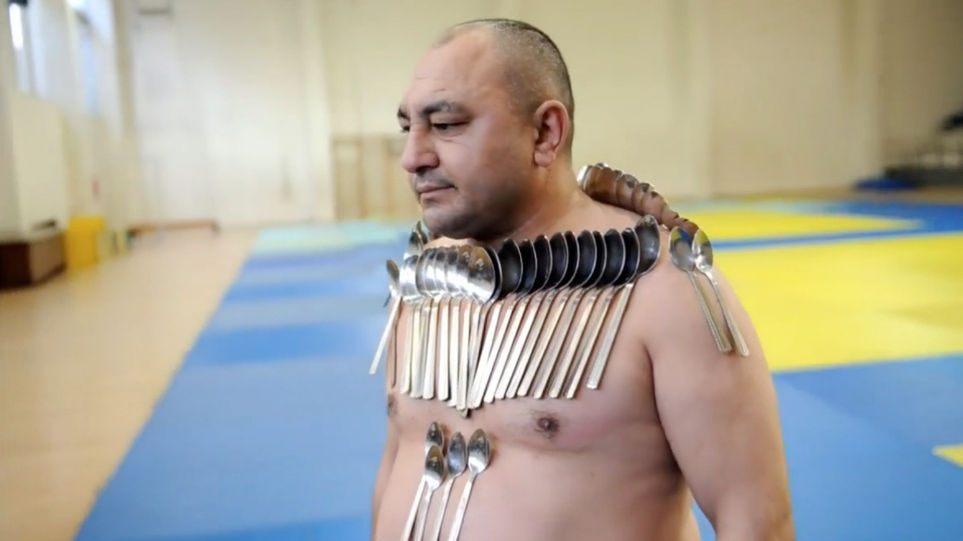 With this superhuman ability, perhaps he that can be categorised as The X-Men?

It’s not just spoon which sticks to Elchiyev’s body. He can also attract metal sheet to his chest and pull along a car. His body is definitely the best explanation for Human Magnetism. 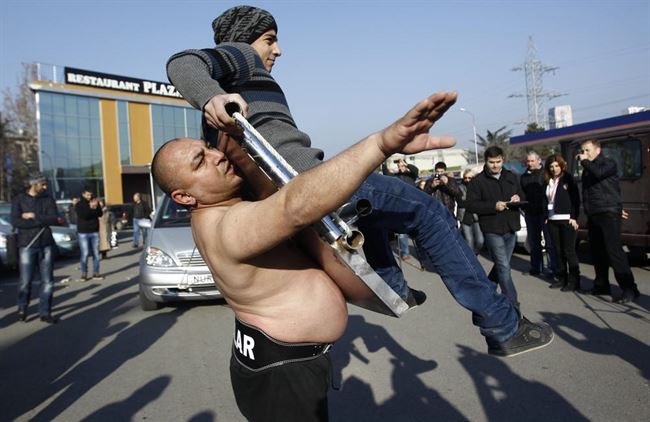 Elchiyev doesn’t plan to stop here. He said he is going to move an airplane or something similar when the time comes. Do try this at home, who knows you will create another record and enter the Guinness Book of World Record.