Some people cut their hair every month while some walk into a hair salon every few weeks. However, there are a few people in this world who do not cut their hair for years. We are talking about 10 years, 20 years, 30 years and even 50 over years. Let’s see how long their hair is. 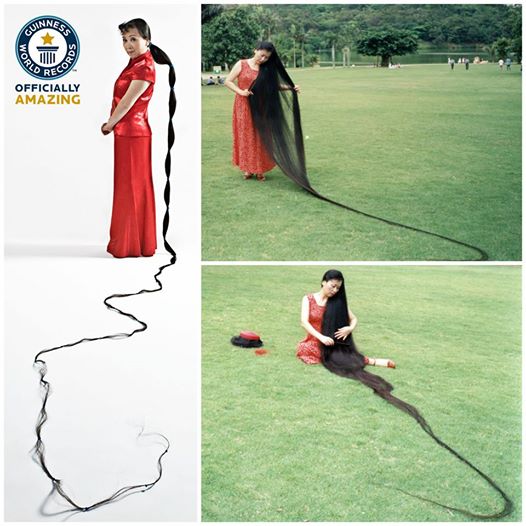 Xie Qiuping holds the Guinness World Records for “Longest Female Head Hair. The measurement is documented on 8 May 2004. Xie is from China, she started to grow her hair since 1973. Since then, she never cut her hair. If you can’t imagine how tall is 5.627 meters, try to look at a giraffe. 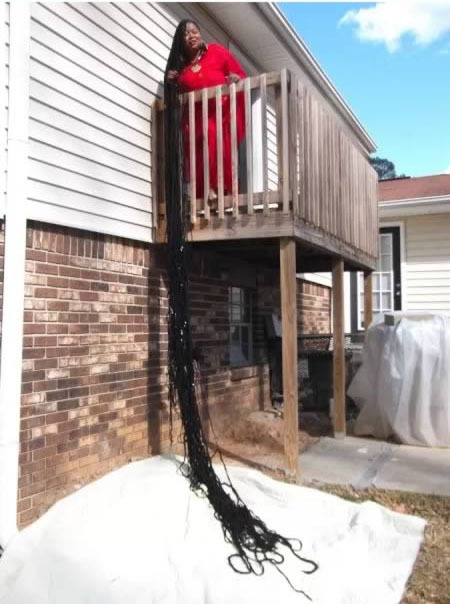 Asha Mandela holds the Guinness World Record for “World’s Longest Dreadlocks” since 2008. She also earned the name “the Black Rapunzel”. Her dreads were officially measured at 5.9436 meters. Mandela started growing her locks since 1988. 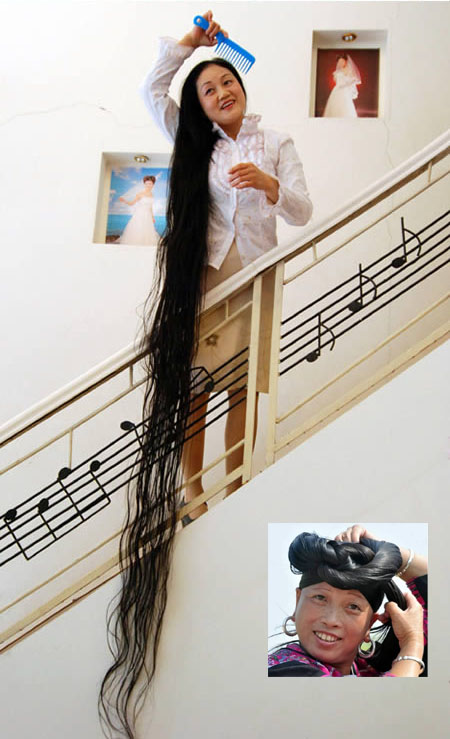 Dai Yue Qin, also known as Miss Dyq, began to grow her hair when she was about 14 years old. She was born in April 1964 in Tong Xiang, Zhejiang province in South China. Her hair was official measured at 3.3 meters in 2001. According to Miss Dyq, it takes her at least one hour to comb her hair. She is happy to keep her tresses because that attracts a lot of attention whenever she goes. 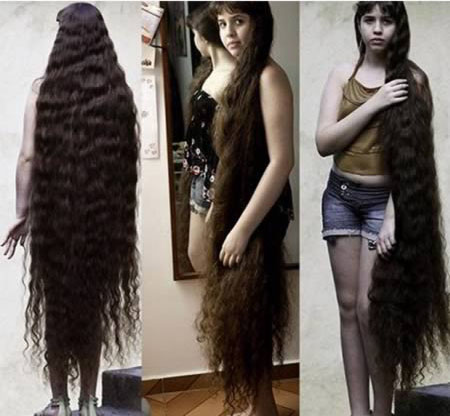 Natasha never walks into any hair salon since she was born. At 12 years old, her hair was measured at 5 feet 2 inches. This real life Rapunzel is 5 ft 3 in tall and that was only one inch taller than her hair. Recently, Natasha sold her hair to a salon for $5,000 which she plans to use the money to build a new house. One plus meter hair for a house? That was definitely amazing. 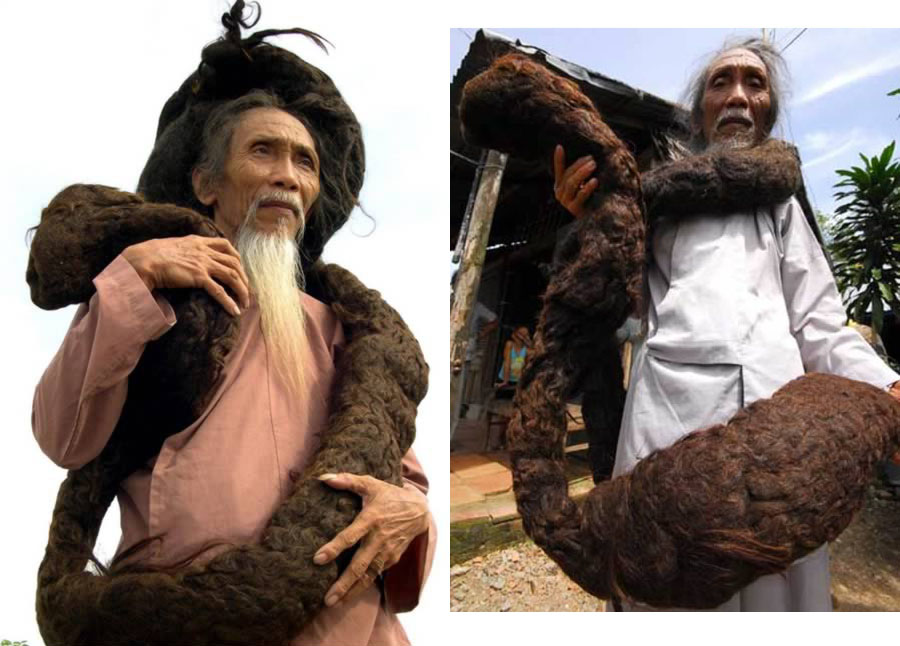 Tran Van Hay is the record holder for world’s longest male head hair. The 79-year-old hair is stretched in a thick, matted cord around his head and body. He is living in Kien Giang province in Southern Vietnam and had been growing his hair for over 50 years. According to Tran Van Hay, having a few meters did bring some problems to him, can’t wear a helmet is just one of them. If you don’t know this man, you might think that he is carrying some kind of musical instrument.