There are too many good places to visit in Germany, but there are top 10 places here that if you miss them and go home, your mum is not going to recognize you as her kid anymore. That serious? YES! 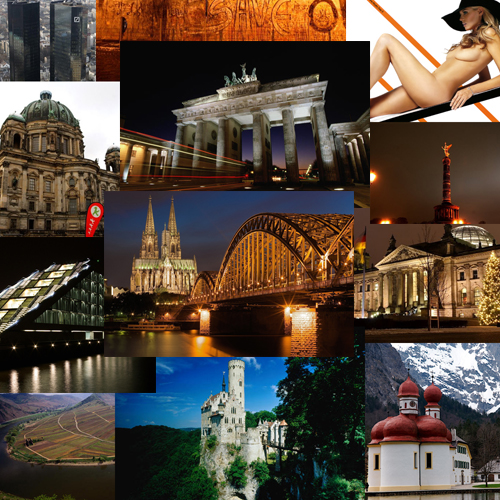 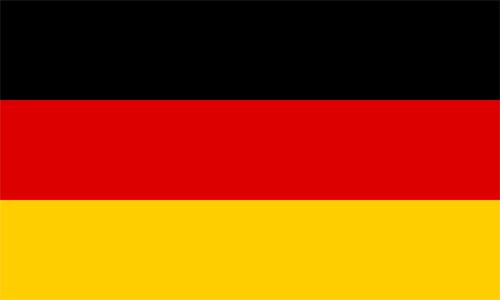 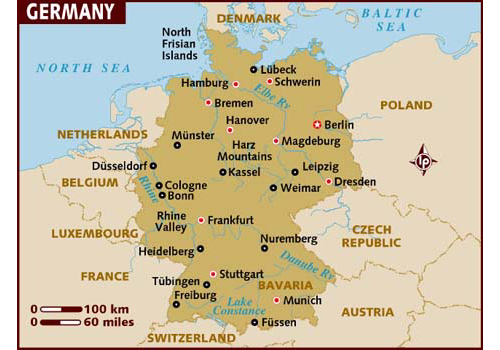 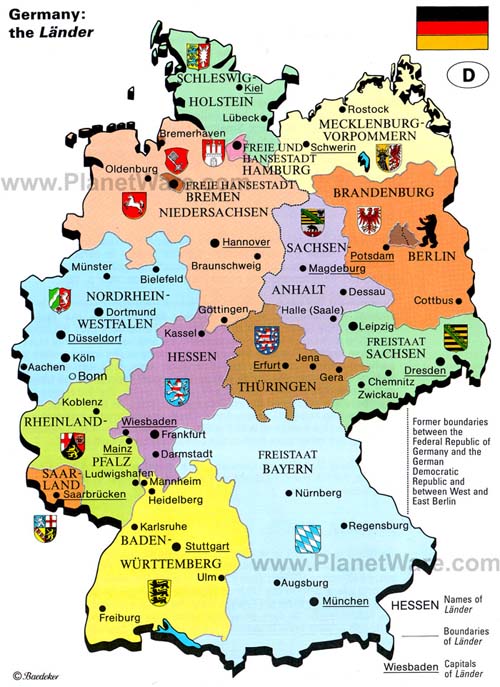 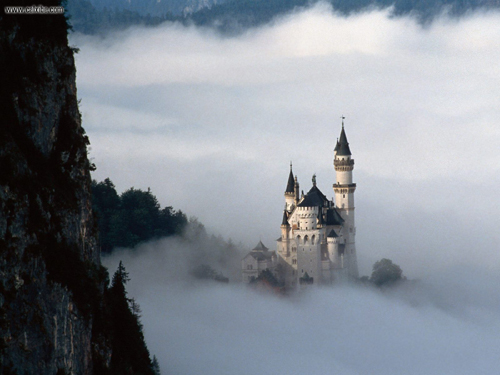 A fairytale winter at Neuschwanstein castle. Built and designed by Ludwig the second. The castle was begun in 1869 and never finished. 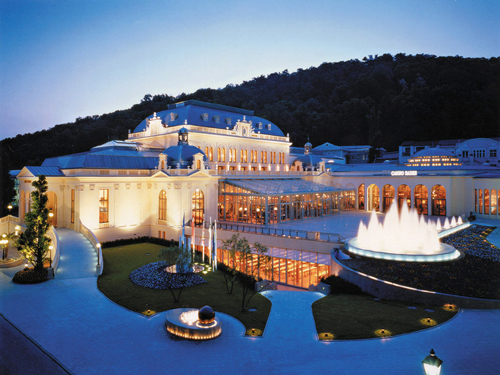 Baden-Baden is a town in Baden-Wurttemberg, Germany. The German word ‘Baden’ translates as ‘to bathbathe’. 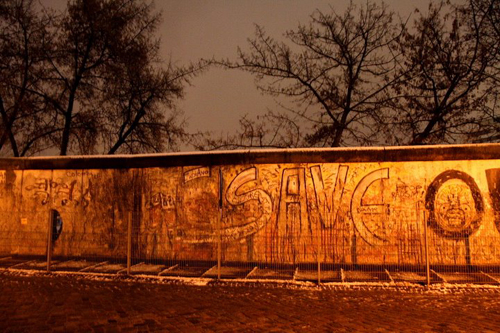 Behind the Berlin Wall lies the significant history of German reunification 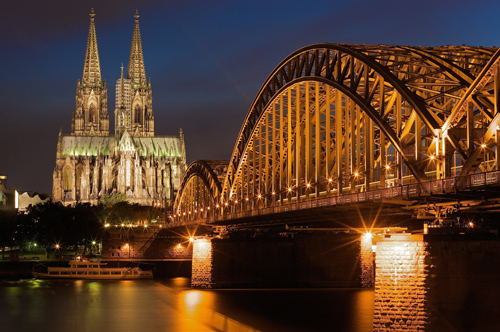 Cathedral of Cologne and Hohenzollern bridge are two significant landmarks in Cologne, Germany 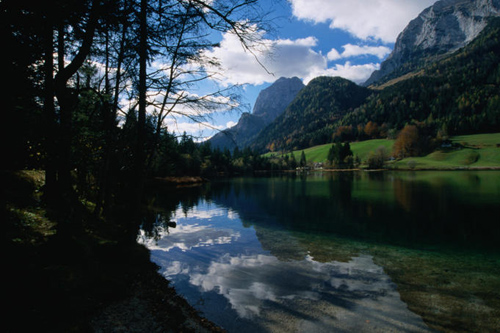 Clouds above, and reflected in, the still waters of Hintersee in the Bavarian Alps weave a memorable landscape.

Cologne Dom interior was magnificent. The cathedral was lucky enough to survive the bombings of WWII and in 1996 was listed as a UNESCO World Cultural Heritage site 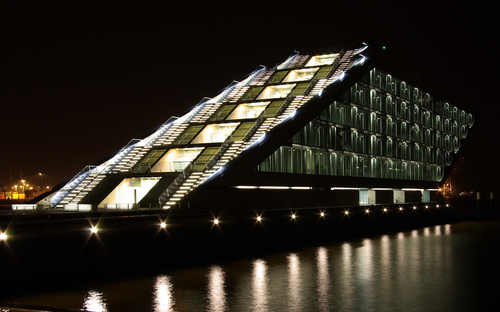 Docklands shows what a modern architecture should look, Hamburg, Germany 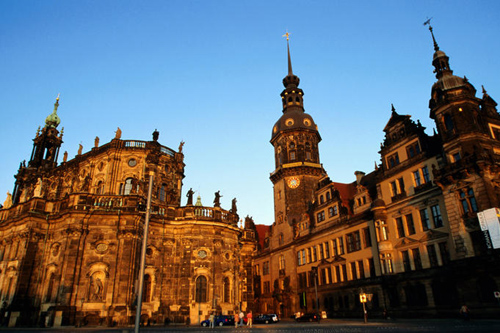 Hofkirche (left) and Rezidenzschloss at dusk from Theaterplatz. 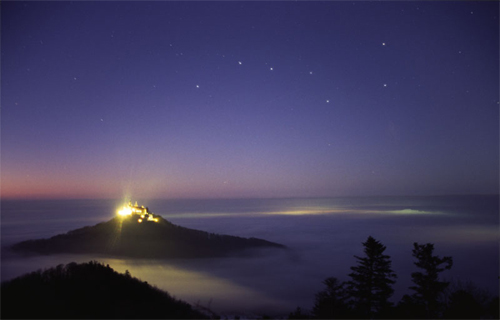 Hohenzollern Castle is the Big Dipper above clouds 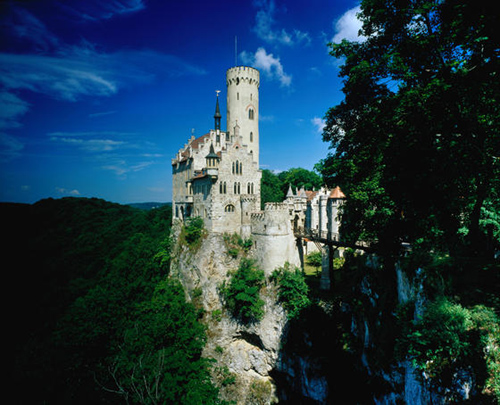 Lichtenstein Castle perched on a steep rock outcrop near Stuttgart. The castle was built from 1840 to 1841 by Duke Wihelm of Urach. 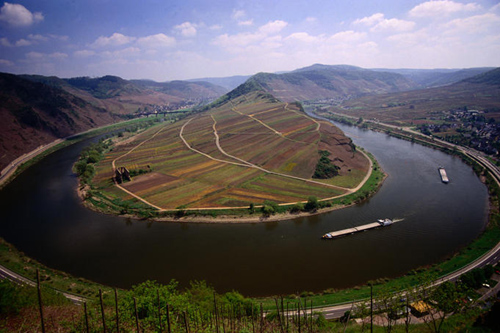 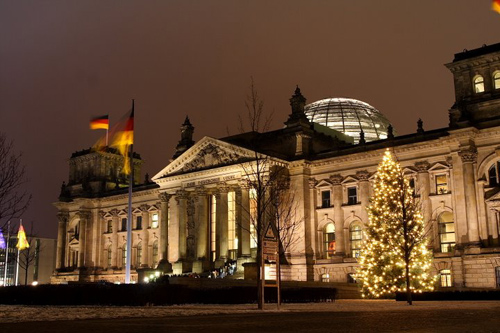 Reichstag is yet another splendid building in Berlin, Germany

The Brandenburg Gate (Brandenburger Tor) is a former city gate and one of the main symbols of Berlin and Germany. The view at night is an eye candy to tourists. 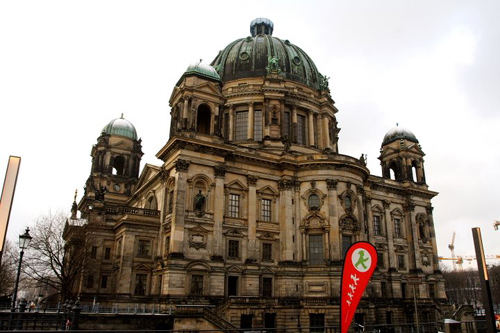 The breath-taking neo-baroque Berliner Dom (Berlin Cathedral) 1905, has been restored to its pre-WWII splendour 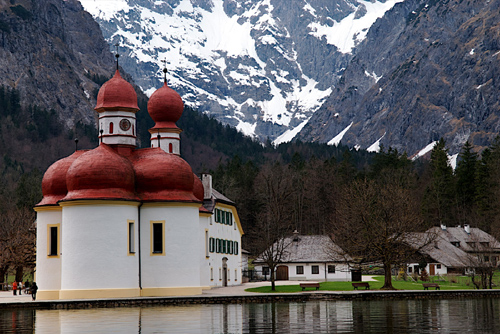 The onion-domed Saint Bartholoma chapel on the shores of Konigssee at the base of Mittelspitze (2713m) in the Bavarian Alps, Germany 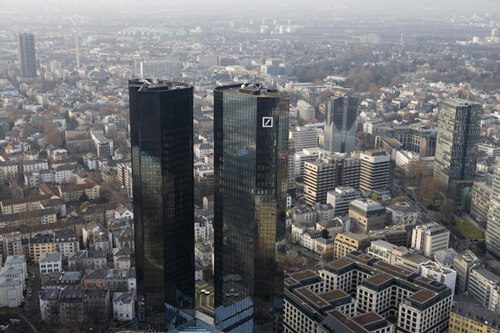 The panorama of Frankfurt city from Frankfurt Main Tower observation deck with the Deutsche Bank Twin Towers dominating the skyline. 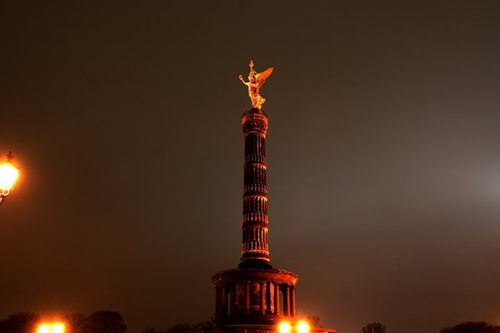 The Statue of Victoria is an addition to the Siegessaule, the Berlin Victory Column, to commemorate Prussian victories in the so-called unification wars 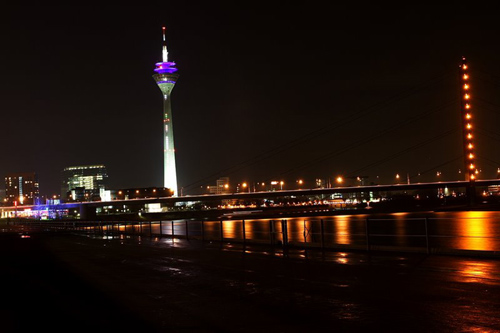 TV Tower adds colors to the skyline in Dusseldorf, Germany 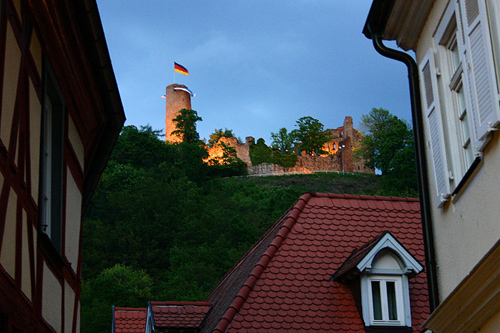 Windeck castle ruin, near Buhl. This castle was built up in 1130 by the monastery of Lorsch (city near Weinheim), and was destroyed by french soldiers in 1674.