With the advanced technology we are having today, it is normal to see people share the things they do every day on social networking websites. However, it is unusual to see people share a photo of them burning money with cigarette lighter or smashing their expensive supercars just for fun. Here we found a group of super-rich Chinese kids who flaunt their phenomenal wealth on the internet. Some of them have become internet celebrity overnight thanks to their wealthy parents who gave them the extraordinary lifestyle.

It’s normal to see the rich kids own a few exotic cars. The only headache they have is “Which Ferrari to drive today?” 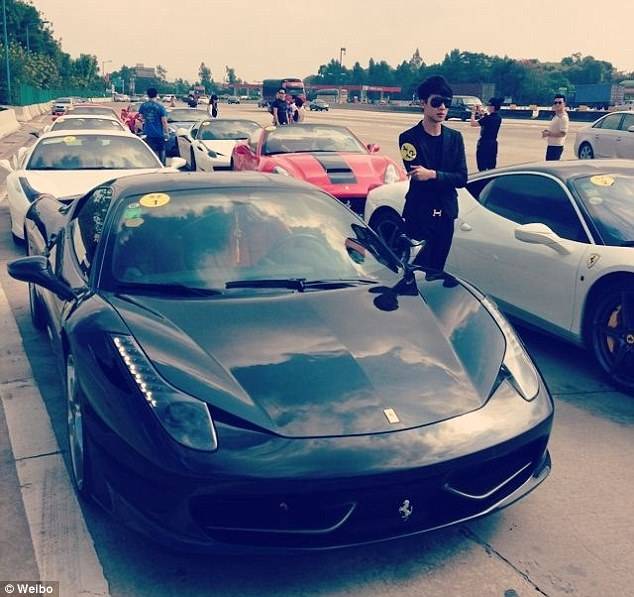 That’s odd if any of them come out with a Honda Fit.

A young China’s Fuerdai (the second generation of the rich) is showing you the real definition of money burning or burning money. 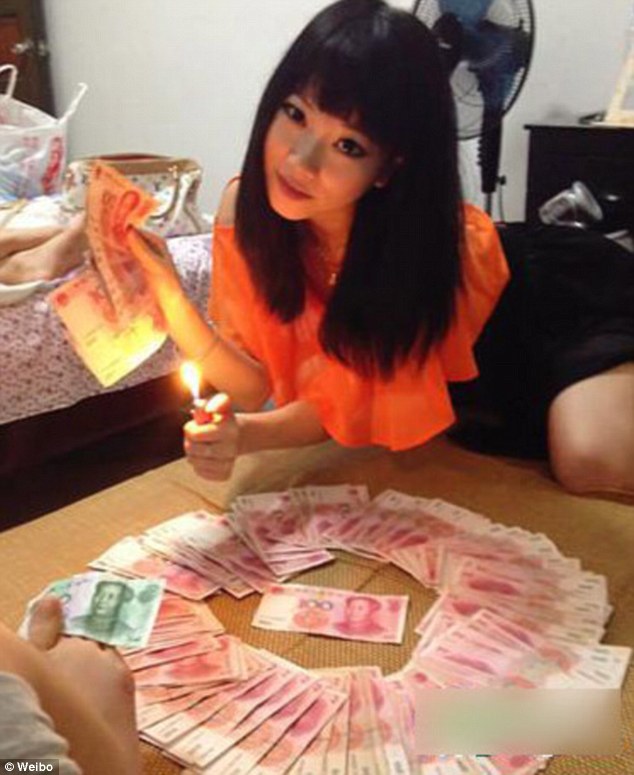 Sleeping with a bunch of cash money is what they do every day. 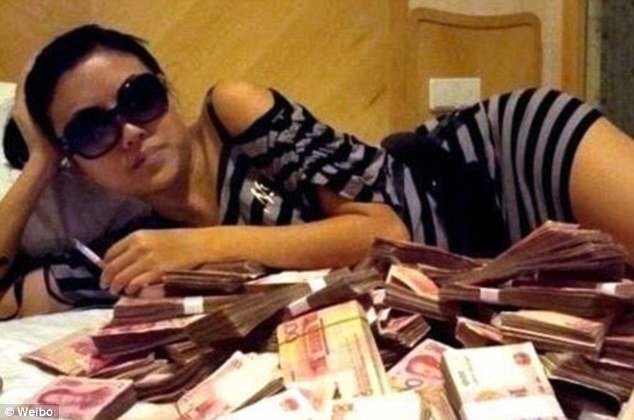 Traveling with own private jet is not a fresh thing for the Fuerdai. 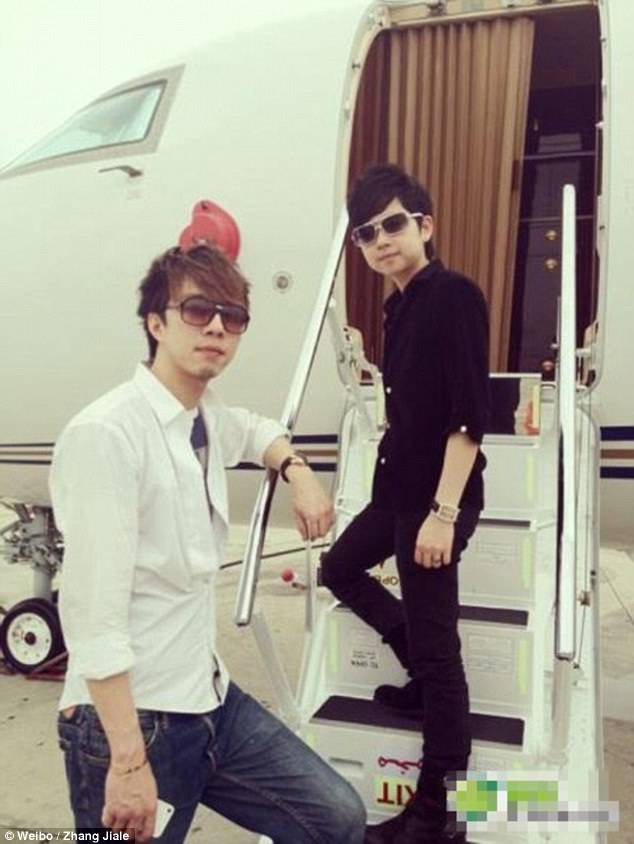 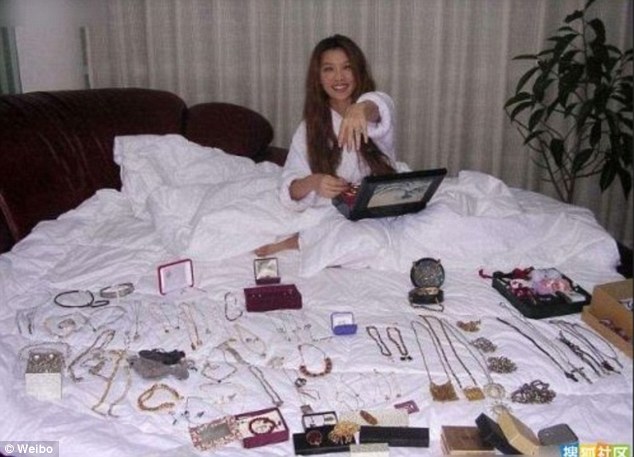 The Queen of the Fuerdai, Guo Meimei, showing off 5 million Yuan’s-worth (approximately $780,000) of casino chips to her Weibo (China’s version of Twitter ) account. 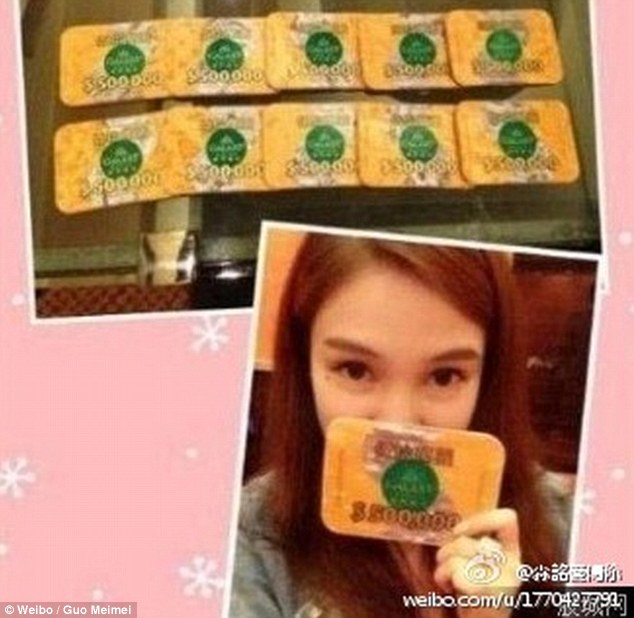 What about a screenshot of a 3.7 billion Yuan (approx $581 million dollars) bank balance? 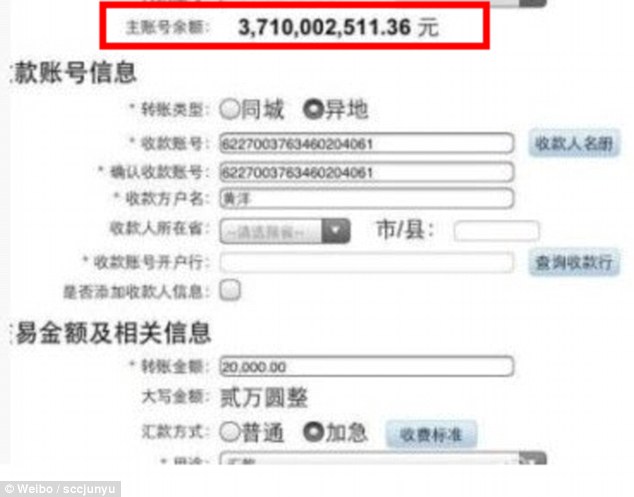 Supercar crashing is not unexpected. A 21-year-old rich Chinese kid crashed his green Lamborghini into a Ferrari owned by another suspected fuerdai. 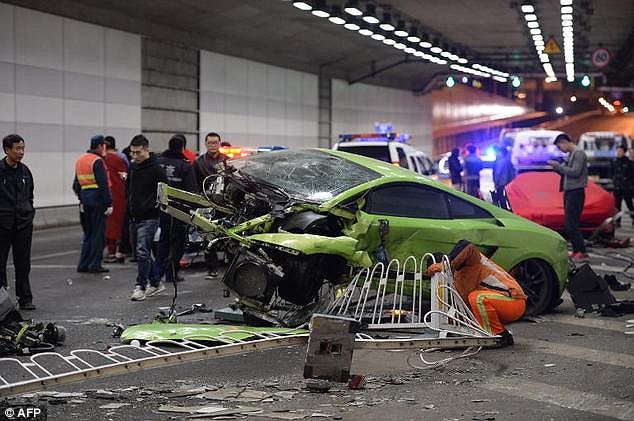 It is a happiness to buy two gold-plated Apple Watches for your pets. Well, it was supposed to be four because the pet has four legs. 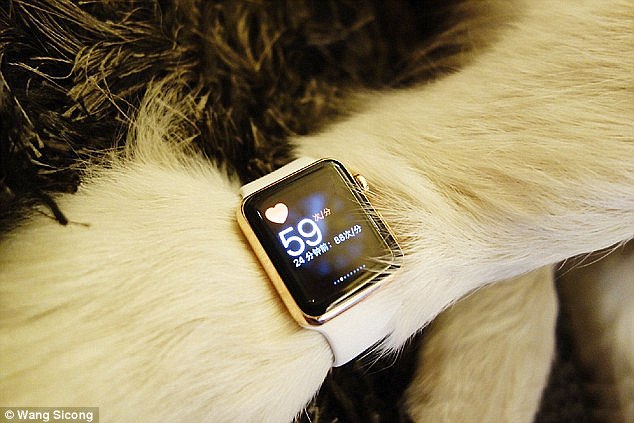 Wang Sicong, the son of China’s richest man, hired Korean popstar T-ara to perform at his 27th birthday at a luxury resort in Sanya. 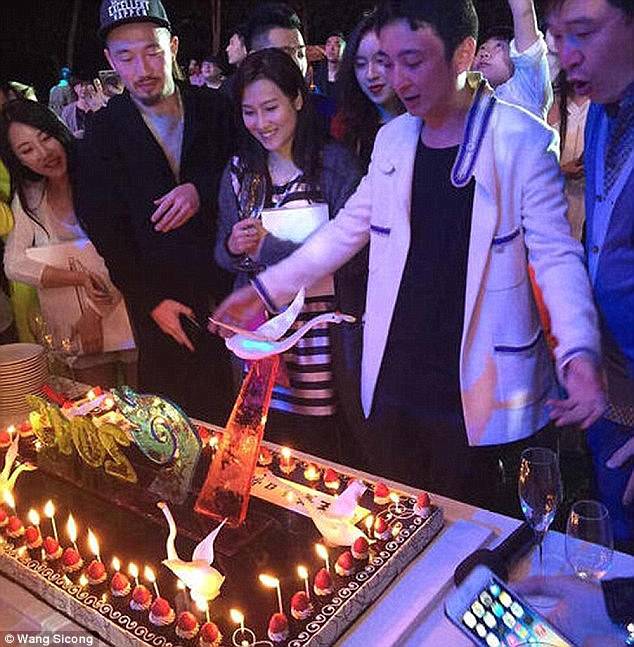 Most of “the second generation of the rich” are members of the “Sports Car Club”. Ferrari, Lamborghini, Maserati, Bentley, Aston Martin… you name it. 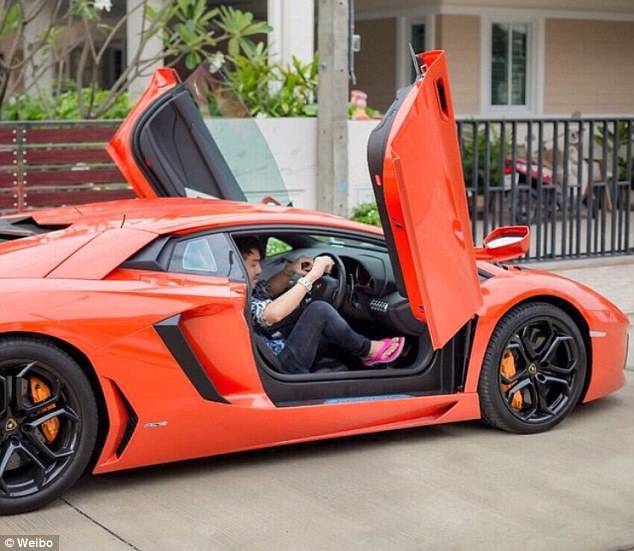 Using a Ferrari to the supermarket for grocery shopping is very common. Some of them bought two Hummers for spare just in case they crashed one of it. 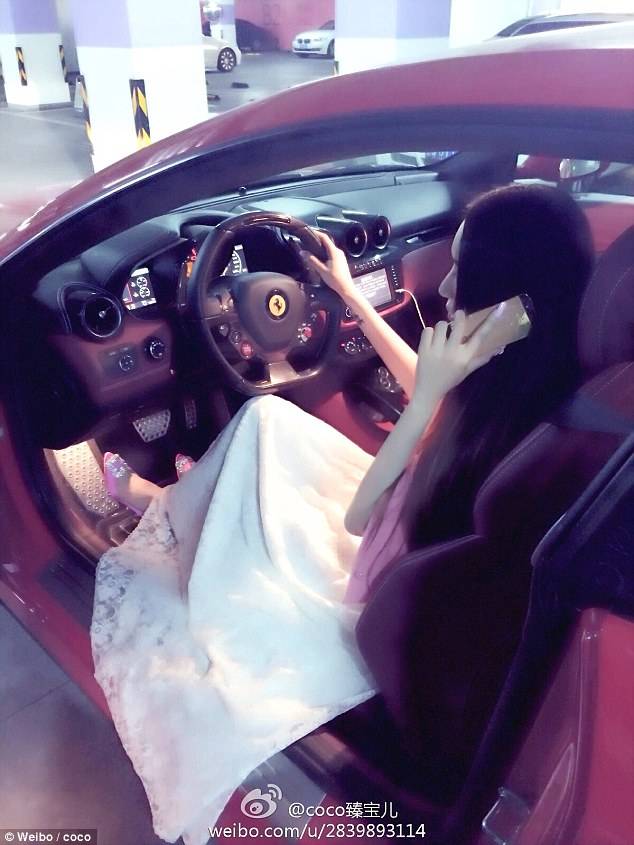 It could be a fun thing to customize a Lamborghini Aventador with green vinyl if you have tons of cash. 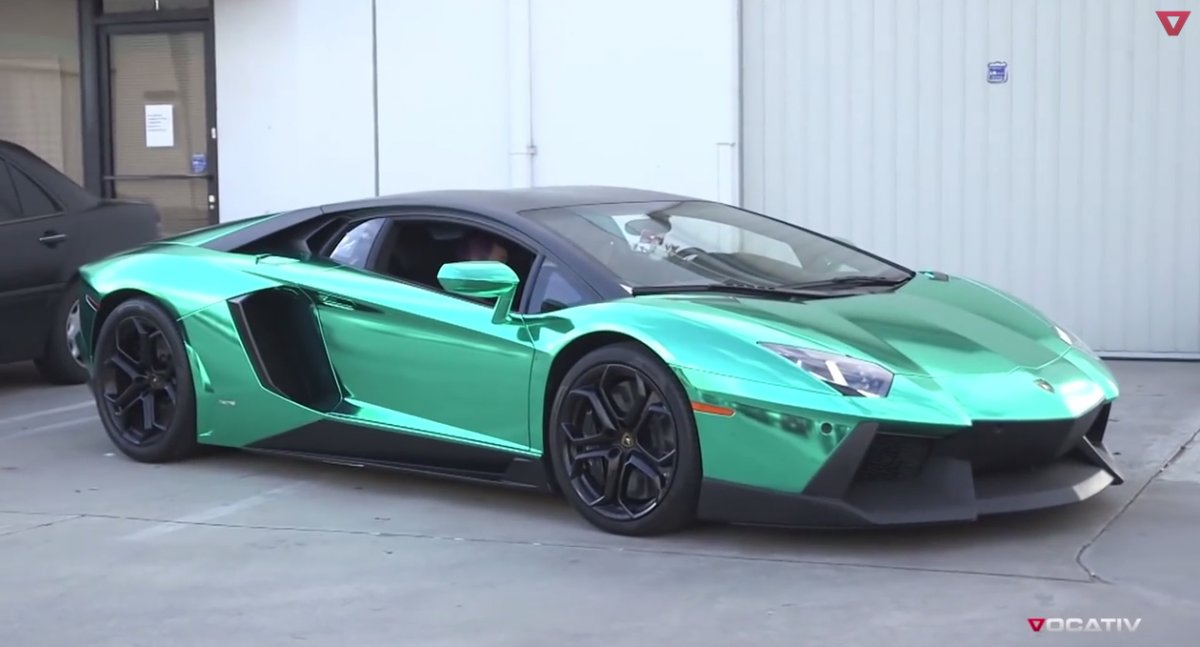 A college student gets down from a Maserati but she said that’s not the car she drives to school every day. She has another $50,000 Audi A5 to get her to class. 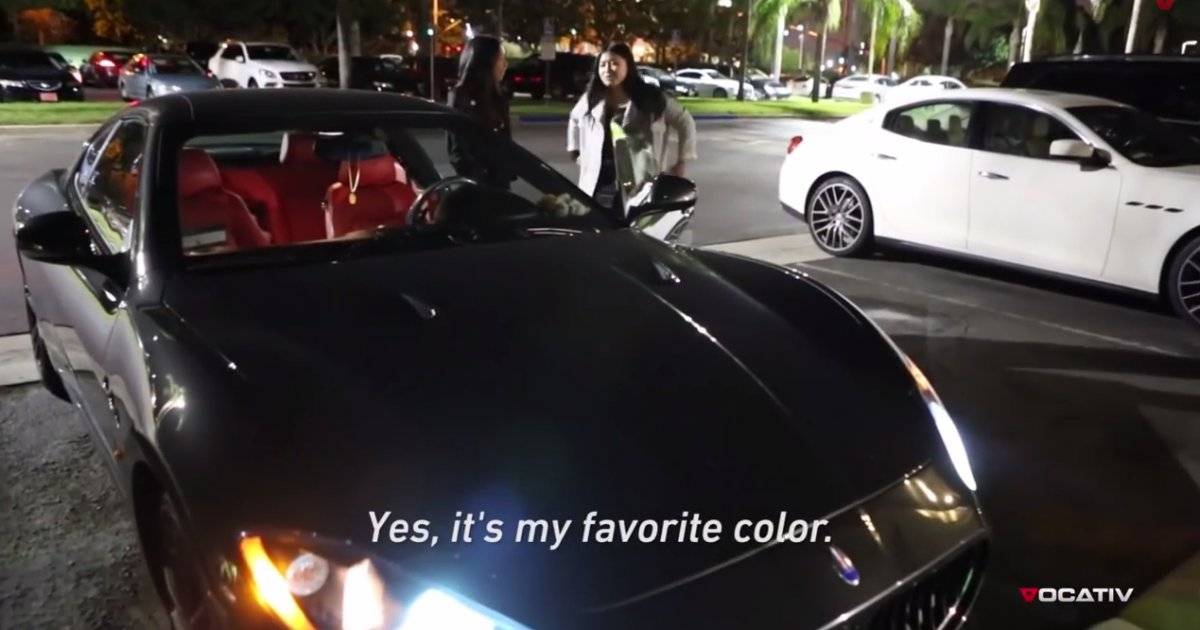 The rich kid learn to drive a luxury yacht before they can even drive a car. 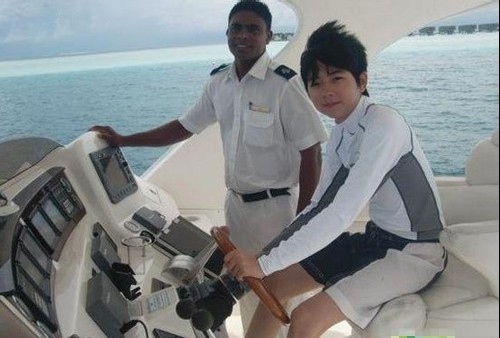 Luxury goods, lavish homes, Louis Vuitton, Gucci, Prada… what else? Are you still wondering what are the things the rich kids do every day? Share it to your Facebook, Twitter, Pinterest, Google+ or other social media to reveal their nonchalant attitude to money. 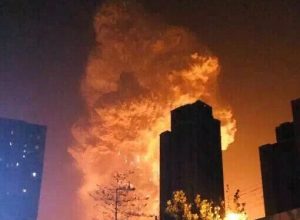 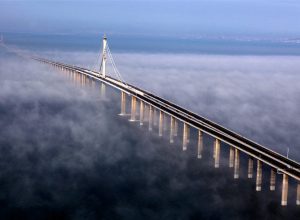